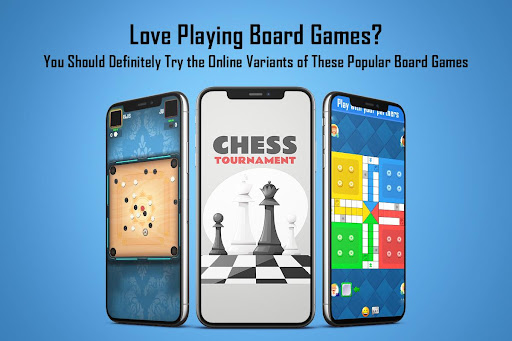 Board games have always been one of the best ways to bond and spend time with friends and family. But you can’t fill your home with all the different board games available in the market. Also, it is no longer required. Thanks to board games making their way to mobile, you can enjoy all the much-loved games on your smartphone. You can install them in just a few clicks, connect with random online opponents or friends and start playing. Here, you will see some of the best board game apps you must install immediately.

Monopoly is a much-loved game and massively popular among all age groups. However, it is known for being too time-consuming. Also, you need at least four players to have a good time. Thanks to the multiplayer Monopoly application, you can install it on your smartphone and start a match whenever you want. You can match with random opponents or invite your friends. The primary purpose of the game is to drive your opponents into bankruptcy. In the session, you will collect money from Go, ride on the railroad, send opponents to jail, auction your properties, etc. But the mobile version is fast-paced, and you can select your difficulty level. Furthermore, you can also customize the game rules according to your convenience. game items

Ludo Win by MPL is a fresh new take on the classic board game everyone loves and knows. Players can win real cash and compete in tournaments by installing the application. It is an exciting variant where players can attack opponents, spin the wheel, increase their scores with every move and destroy towers. You can download the game for free on your iOS and Android devices. Once installed, you can play unlimited matches and flex your skills. You can also learn a few ludo winning tricks to improve your chances of beating opponents and winning money.

Snakes and Ladders is a game that originated in India. While in India, it is known as Snakes and Ladders, the Americans call it Chutes. No matter the name, it is a fun activity that almost everyone must have played as a kid. There are a hundred numbered squares in a session, and players must get from square one to 100 before their opponents. The process is either hindered or aided by the presence of ladders and snakes or chutes. The notable features include an offline and multiplayer mode, a Survival mode, etc. It is available on iOS and Android.

Scrabble is another fun board game that has been around for years and has been helping people pass their time. While Words With Friends became hugely popular when released, people continue to play Scrabble because of the nostalgic feeling.

Scrabble was first introduced in the 1930s and instantly became popular as a game that boosted players’ mental abilities. The primary goal is to use your titles to create words on the board. You will score more points if you can create complicated words and engage more squares.

There’s an in-game dictionary that players can use to increase their scoring. Also, it is a great way to learn new words and improve your vocabulary. You can even challenge your friends through Facebook and engage in speed modes if you want to finish a match between your meetings quickly.

The Game of Life

The Game of Life is a board game that came to life before Monopoly. The modern version was released in 1960, but the original version has been around since 1860. If you are looking for board game apps to keep you occupied, you cannot miss this one.

Players are taken on a journey from college graduation to retirement in the session. There are different events like mortgages, jobs, kids, and marriage. These events prominently feature in the game, and the winner gets to take the money at the end.

The game is available on iOS and Android. Some top features are animated tokens, the ability to play with friends, a life journal to track your game, 3D landscapes, etc. If you are playing on your iOS device, you can also pair music from your iTunes account and enjoy the in-game events.

Risk is one of the best board games, but players find the number of pieces on the board highly annoying. With too many players, it is easy to divide pieces into different categories, and the pieces can accidentally go into other territories. Such accidents typically happen in the early game. However, the mobile version doesn’t come with such problems. While the pieces are not tiny in the mobile version, the rest of the game remains the same in the app version. There are different modes to keep players engaged, an in-depth tutorial, customizable rules, and game stats. You will even find a lot of DLC like scenarios and new maps. Whether you are using an iOS or Android device, you can install this game and enjoy it.

There’s no need to purchase several board games and store them in your home. All you need is your smartphone. You can install the app versions of your favorite board games in just a few clicks and enjoy it with your friends or random online opponents.

So, let the fun begin! Install the games of your choice and have the best time of your life.

Everything Gamers Need to Know About Casino Payment Methods